My parents live in the house my great-grandfather built.

The 2nd floor was split into three. A central room in the middle only accessible via a stairwell from the floor above and two 2-room apartments on either side.

Either apartment was rather difficult to rent out as they both lacked a kids' room. Even if the central room were to be added to one of them, the other would be one room short and thus hard to rent out given the local demographic. The general room layouts were always 4,5 x 3,5 m.

Demand for larger apartments was still rather high, though.

So I figured it was time for a makeover.

Some things were given. The right-side apartment was freshly renovated and thus it appreared not cost-effective changing that. The left one was recently vacated and left me plenty of opportunity to innovate. The stairwell was going to stay as it was, naturally.

The idea was turning two apartments into one huge one. That way, all the important bits would be in the right-hand side apartment where all the new stuff was, anyway. The left-side bathroom would become just a secondary bathroom/laundry room, the left bedroom was going to become a kid's room (plenty of distance to the parents' bedroom, of course).

But there were still some elephants in the room(s).

The left-hand side apartment had its own kitchen, naturally. And a living room. All in the same 4,5 x 3,5 m layout, different from today's general desire for large, bright, open spaces. So how about we tear down this wall? Make two into one, achieving a 4,5 x 7,1 m  living room. That made the old right-apartment living room obsolete. What to do with that one? Easy: turn in into a dining room by moving that table out of the kitchen and over there.

So far, so good. But how to connect the two apartments? How about effectively carving up the middle room into one-third hallway and two-thirds study/office room. That'd work while not taking away any very useful space.

But there's no reason to get rid of the left apartments' entry hallway. Let's turn that into an amenities storage with convenient access from the stairwell. That way, people can just put stuff in there without even having to take their shoes off. 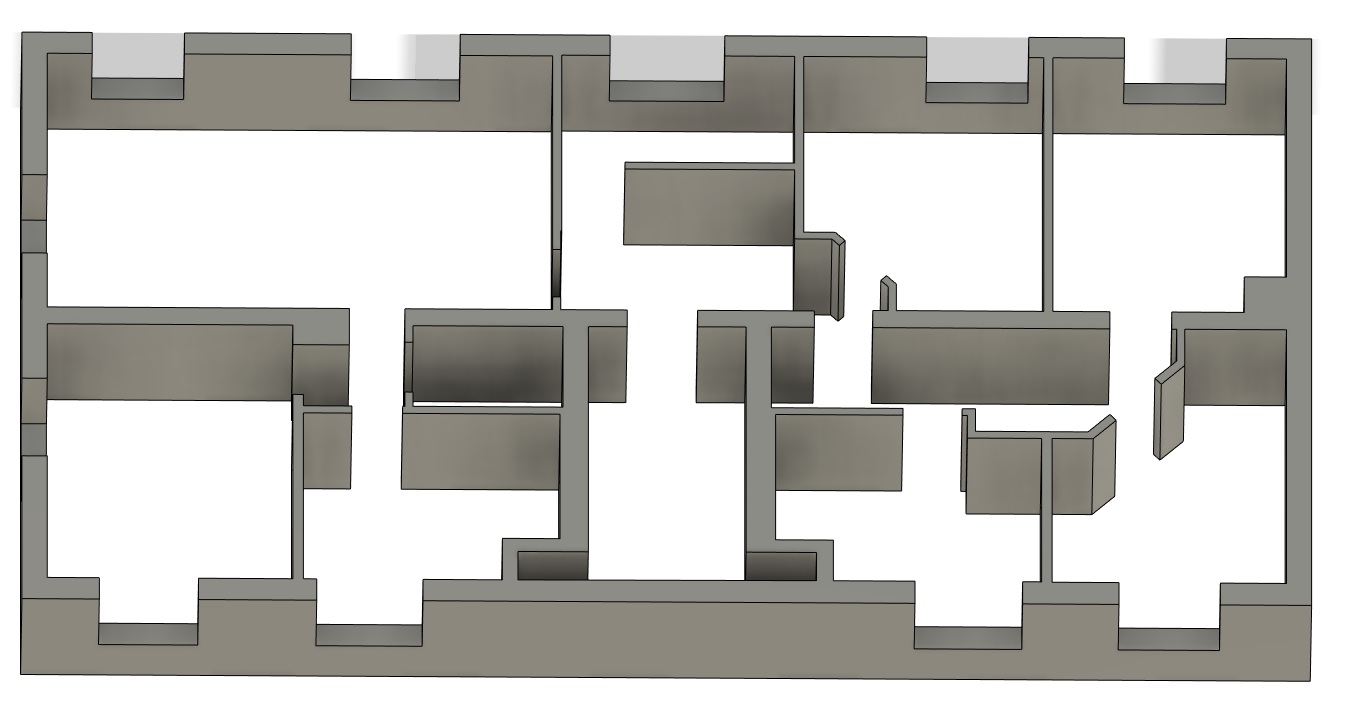 This is very close to the final floor plan. Minor things had been changed and one door was moved, too,
Living in comfort and Style.

The new living room. Removing a wall is one thing but there's physics. One can't just simply take a statically important structural member out of a house like that. So I thought of a nice wooden beam to replace the wall. All statically calculated and approved, of course. 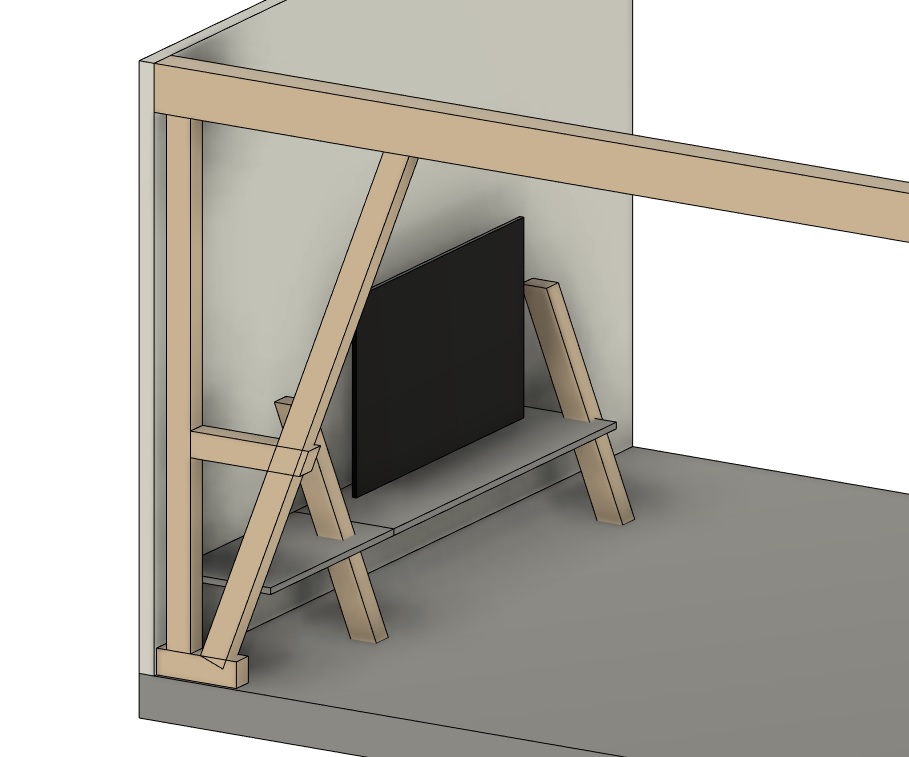 I also played around with the same kind of wooden beam design, inverted, for use as a TV shelf.
Here we can see one such possible solution.

There were also multi-bottom shelf versions and angled-bottom versions to store and hide from sight any home electronics.

The shelf/rack never happened.  What did, though, were the LED light bars integrated into the beam. They suffice to light the entire room perfectly and don't require the mounting of any other kind of lamp. As a result, the room room appears extraordinarily open and interesting.