The BRZ Facelift Spoiler Extensions marked the first time I went seriously industrial and the first part I'd designed that would have to stand up to the immense stress of high-speed Autobahn and racetrack driving.

How did they come about?

The spoiler on the 86/BRZ twin never convinced me completely. It was nice but not quite what I was looking for. The rear lines of the car, however, were really gorgeous. Unfortunately, they were being covered by the Preface Plastic spoiler. No spoiler was never an option for me, either.

What I wanted, as so often, didn't exist. To be fair, the entire rear shape of the car doesn't suit the type of spoiler I really wanted. But I could get close.

Once the car's Facelift came out, a new kind of OEM spoiler became available that showed promise. It freed up the rear lines while looking a tad more aggressive. But. For some reason, they'd designed the new spoiler only millimetres above the trunk and actually needed a rubber buffer in the center to keep it from... hitting the trunk, maybe.

A good way to ruin a product with so much promise. Luckily, the spoiler itself was fairly modular in construction. So I set to work acquiring one and taking it apart.

What I found was that the side canards and attachment feet consisted of plastic caps over metal or injection molded composites respectively.

It would be no problem fixing the spoiler height issues first.

What I wanted to achieve

- Heightening the Spoiler by 86 mm (for reasons).

- Absolute rigidity due to racing and high-speed use (you don't want what is essentially an aluminium profile tearing loose from the trunk and hitting another car at 220 km/h).

- Design approval by German TUEV. That's a really tough one, so no cutting corners.

- Removal of the center rubber buffer

The Facelift Spoiler Extensions could be realized in many different ways.

What I could have done is just add a solid block to the existing spoiler feet or recreate the original design by making a 3D-printed cover.

Those, and various other tricks, felt to me like taking shortcuts. But being aware of the huge safety responsibility and German inspection agencies' requirements, I was not willing to cheap out or compromise on safety features.

I had the original spoiler feet 3D-scanned and began redesigning their, far more intricately angled than immediately obvious, mounting surfaces.

Once that was done, the height could be adjusted. Due to the relatively wide design of the original feet the Extensions became quite blocky, which suited me well. It took quite a few 3D-Printed prototypes to get right still.

The Extensions are milled from solid Aluminium and have indeed received an approval by TUEV. Discussing other, commercially available solutions, the Engineer confirmed that those would most likely never pass a real inspection. Thus, I can proudly say that I have designed and owned the only really legal wing-type spoiler for this car in Germany (apart from Rocket Bunny which I really don't appreciate).

Unfortunately, all the effort and manufacturing to comply with German laws well as upgradeability meant that the Extensions cost me as much or more as what entirely new spoilers may cost. Thus, this product became something that's appealing only to the absolutely high-end clientele in a very specific niche.

I've since gotten the opportunity to see cheaper solutions in person. Over all, I think my decision to not cheap out paid off as I've witnessed stress cracks on another solution and the even cheaper addon-block solution is just a horrible sight to behold. But if people are willing to accept those as long as they're cheap, then the target groups are different anyway.

The next step would be to customize the side canards. The designs are done but the car gone. 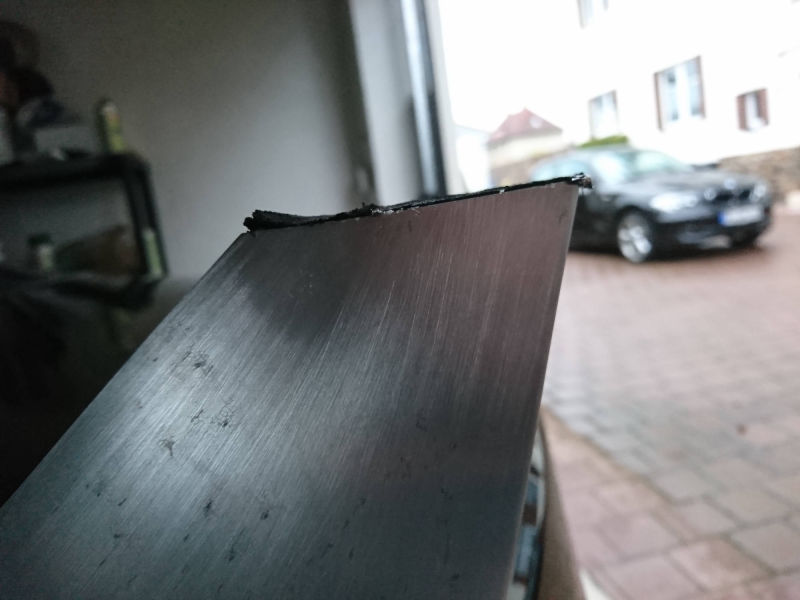 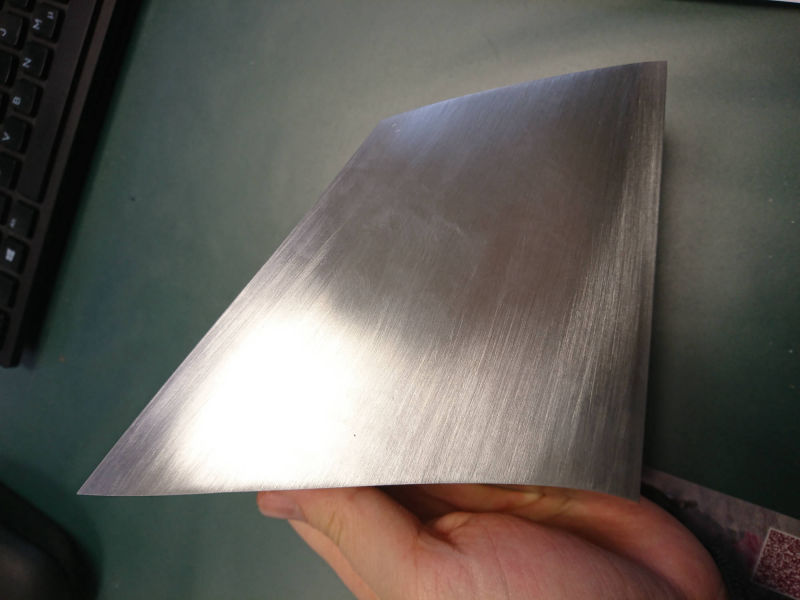 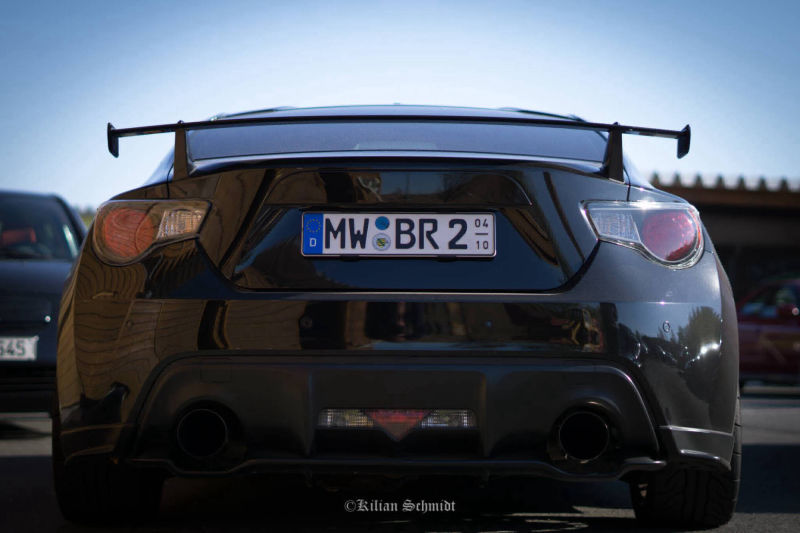 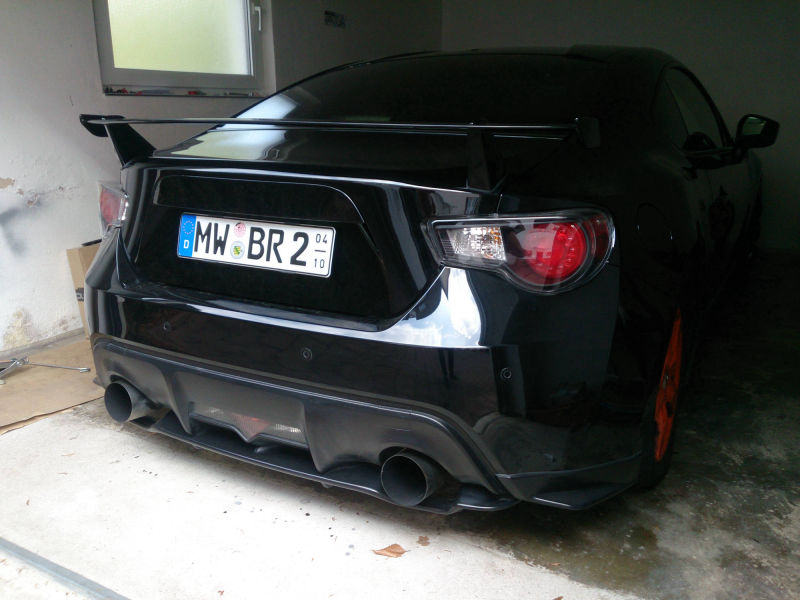 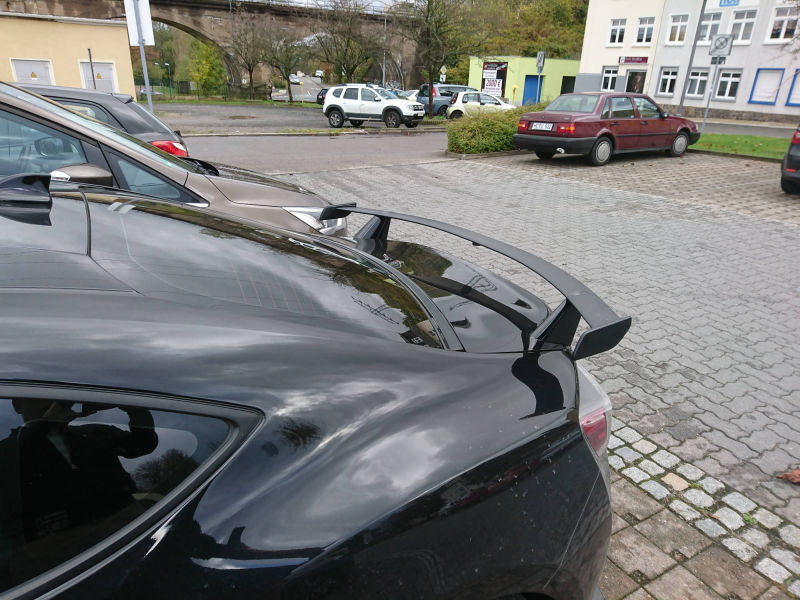 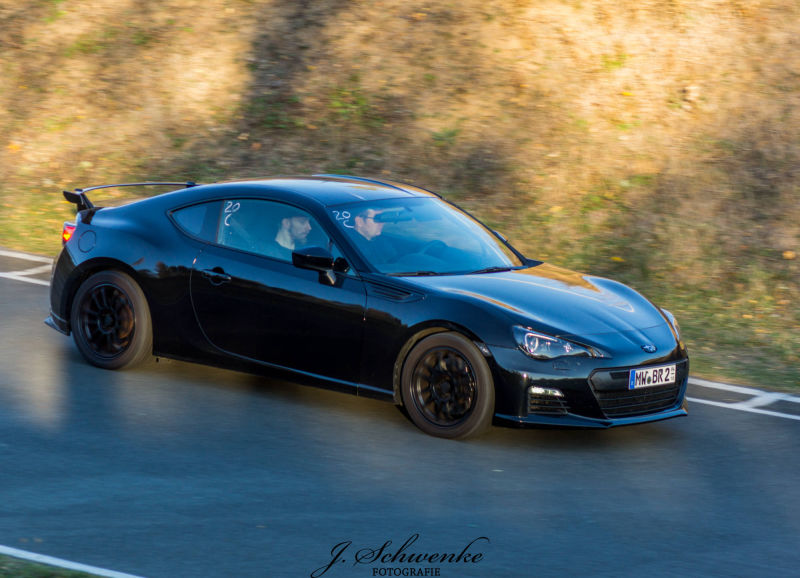 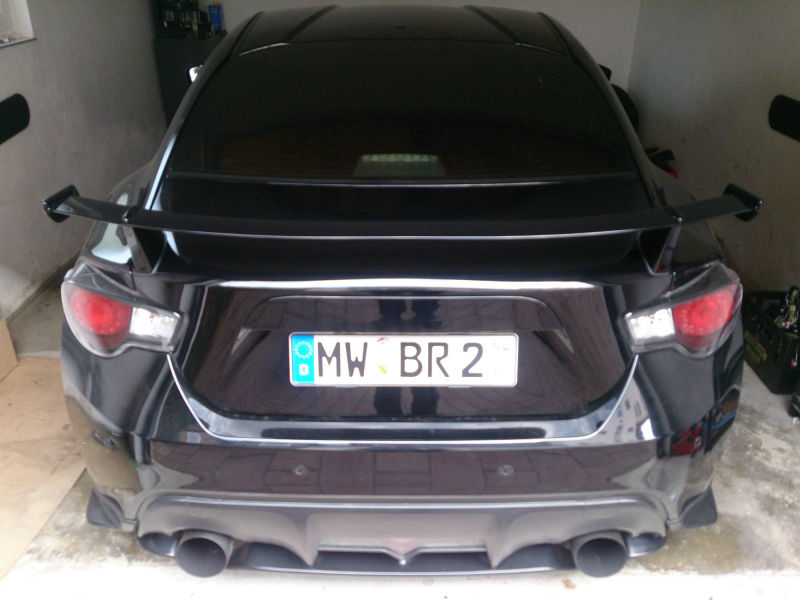 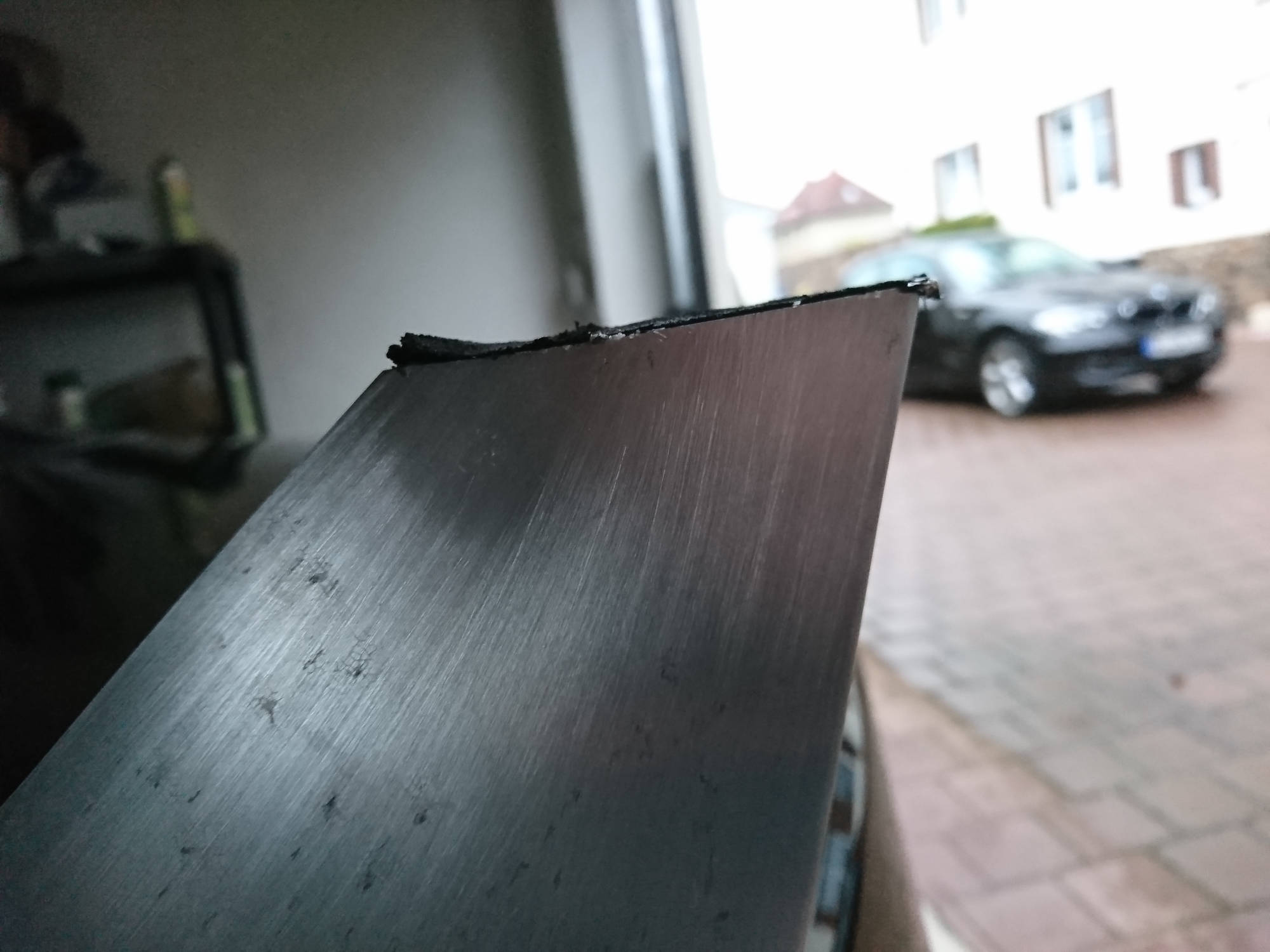 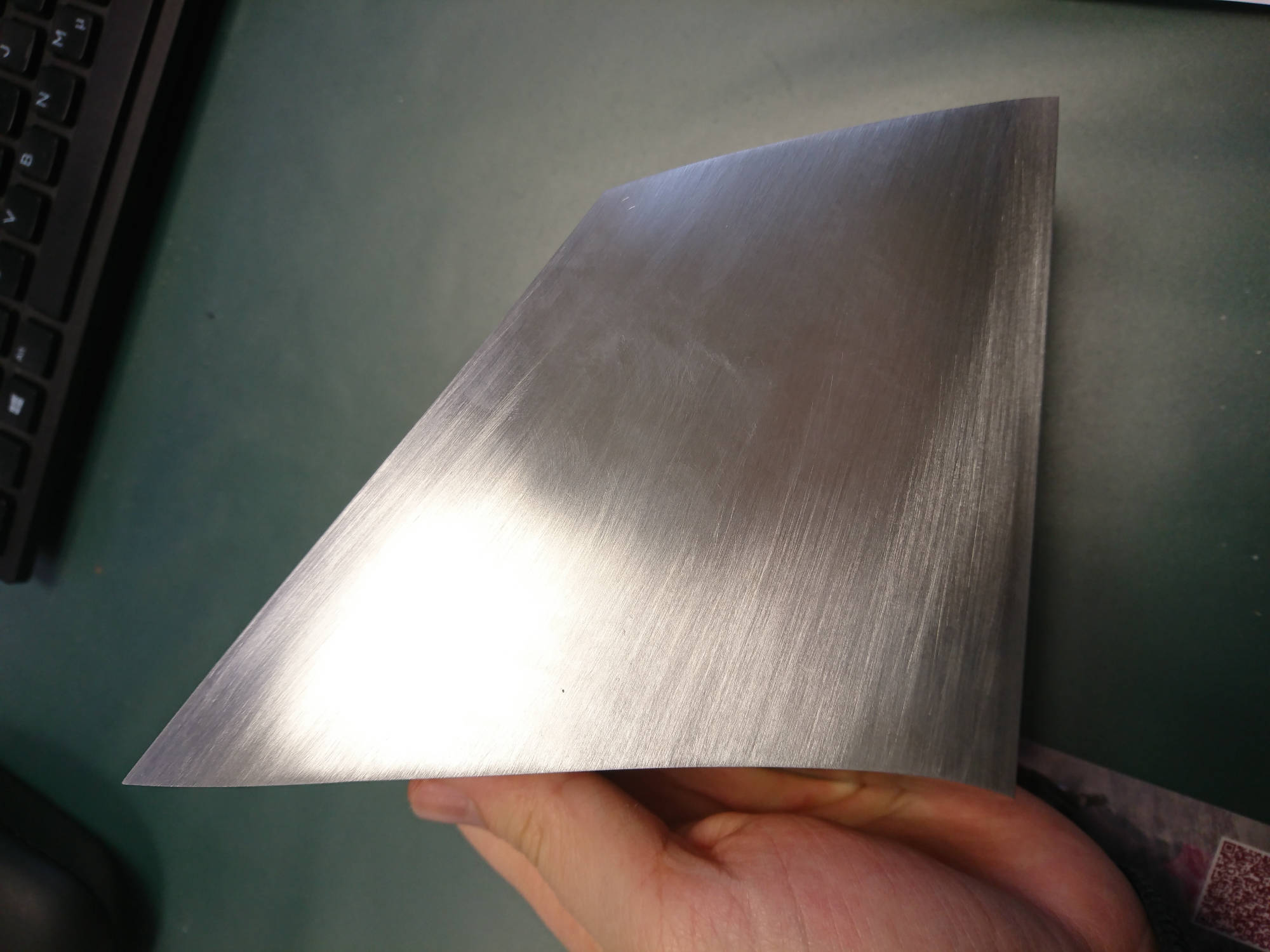 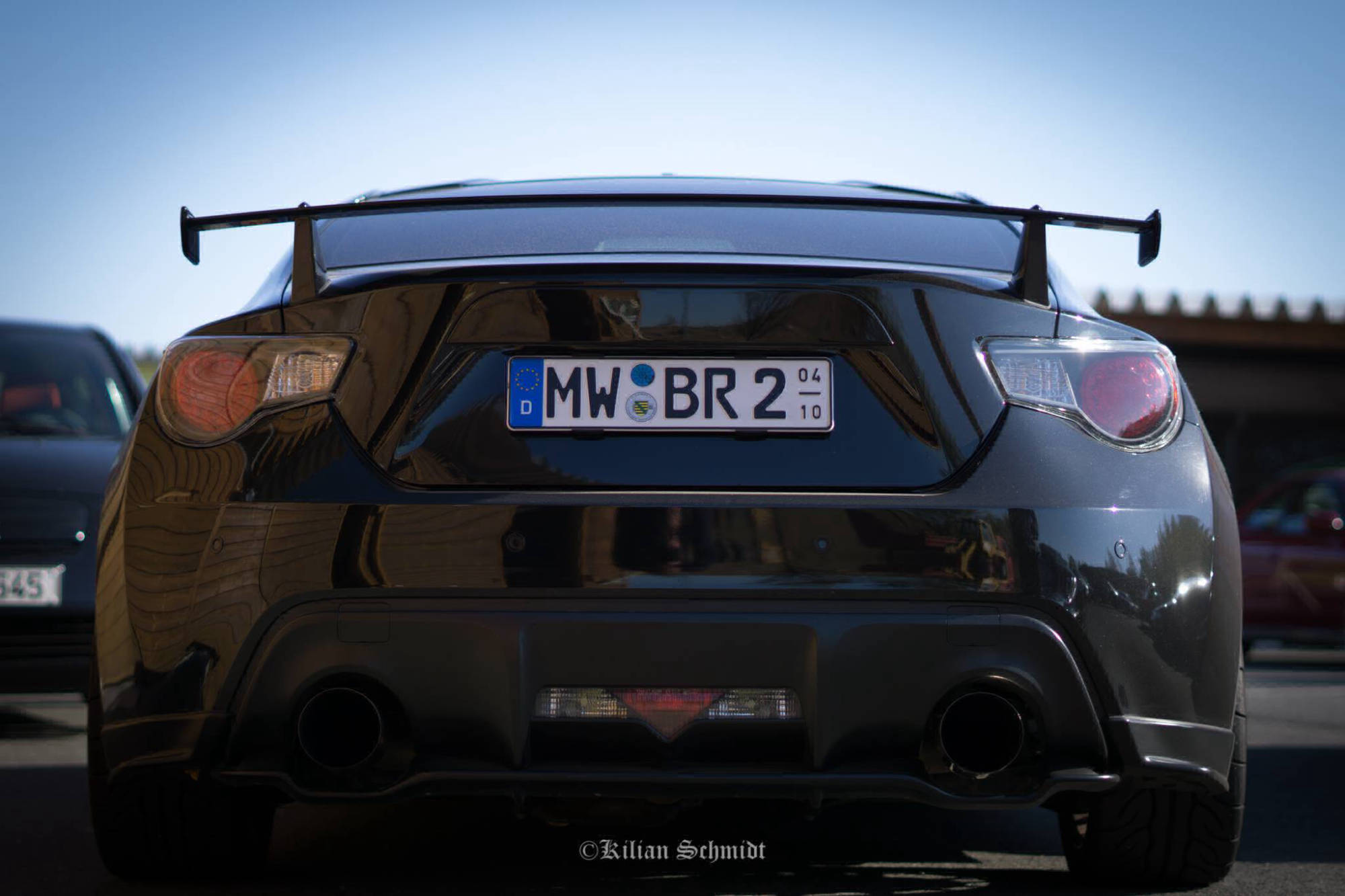 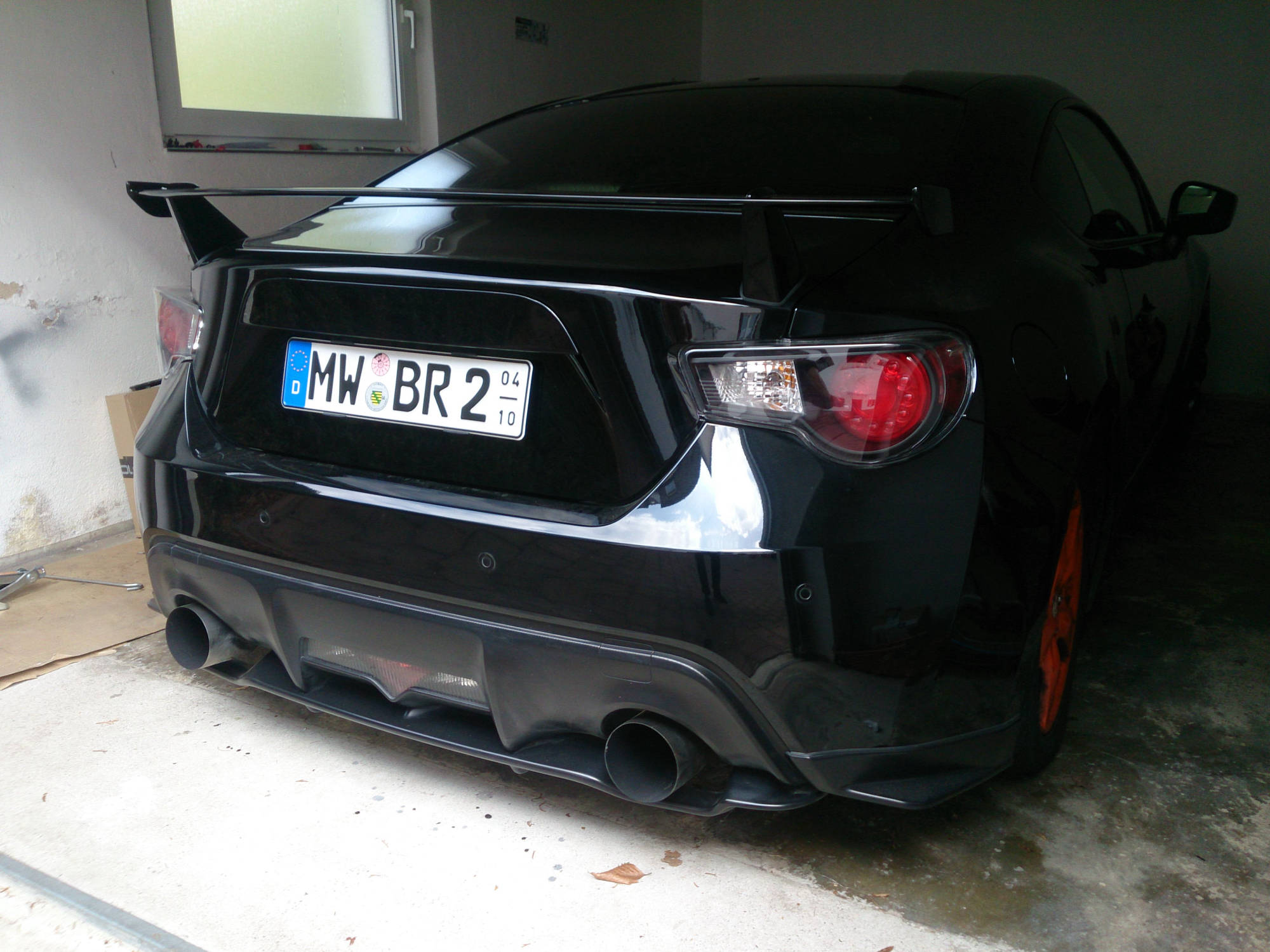 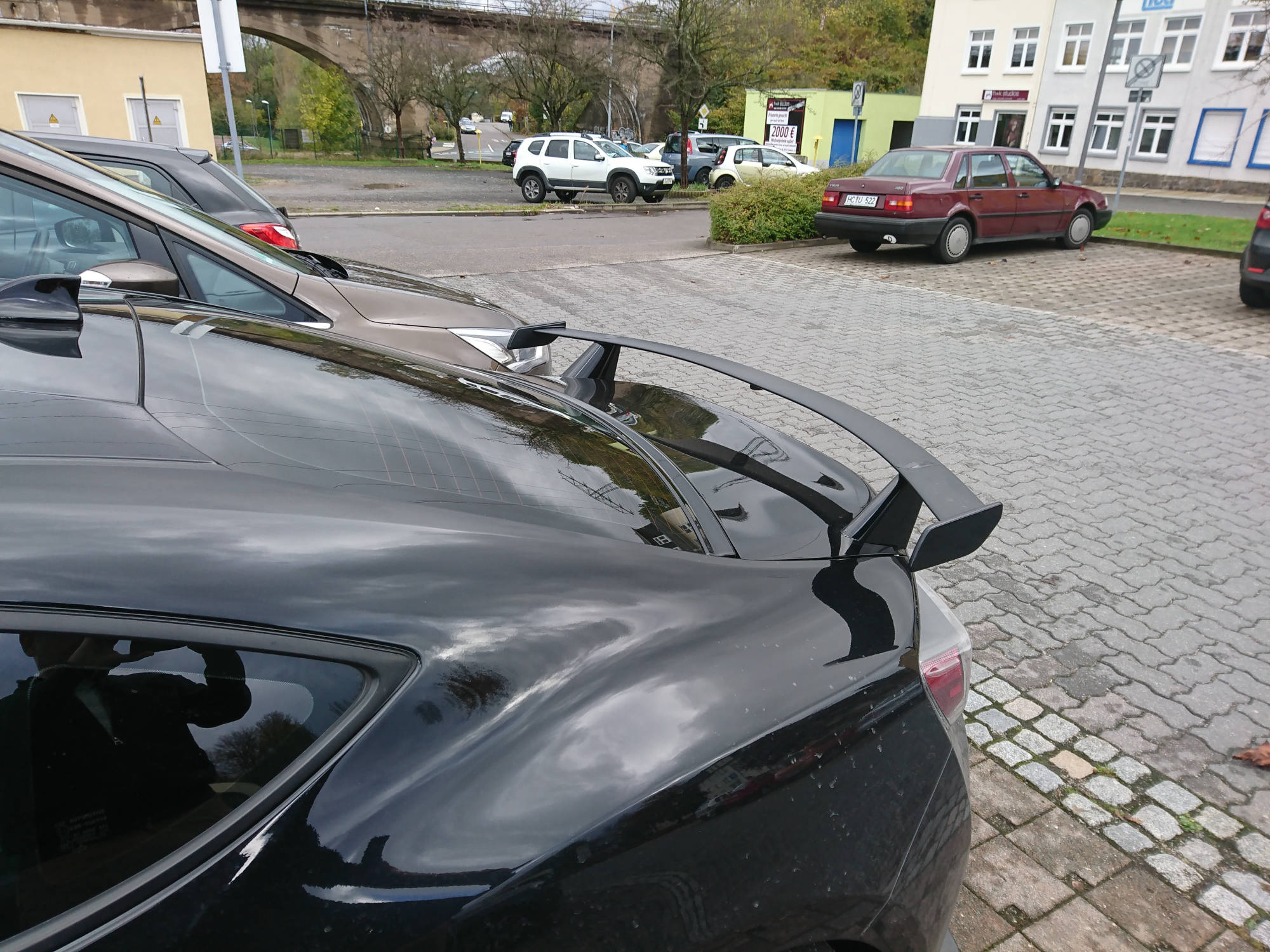 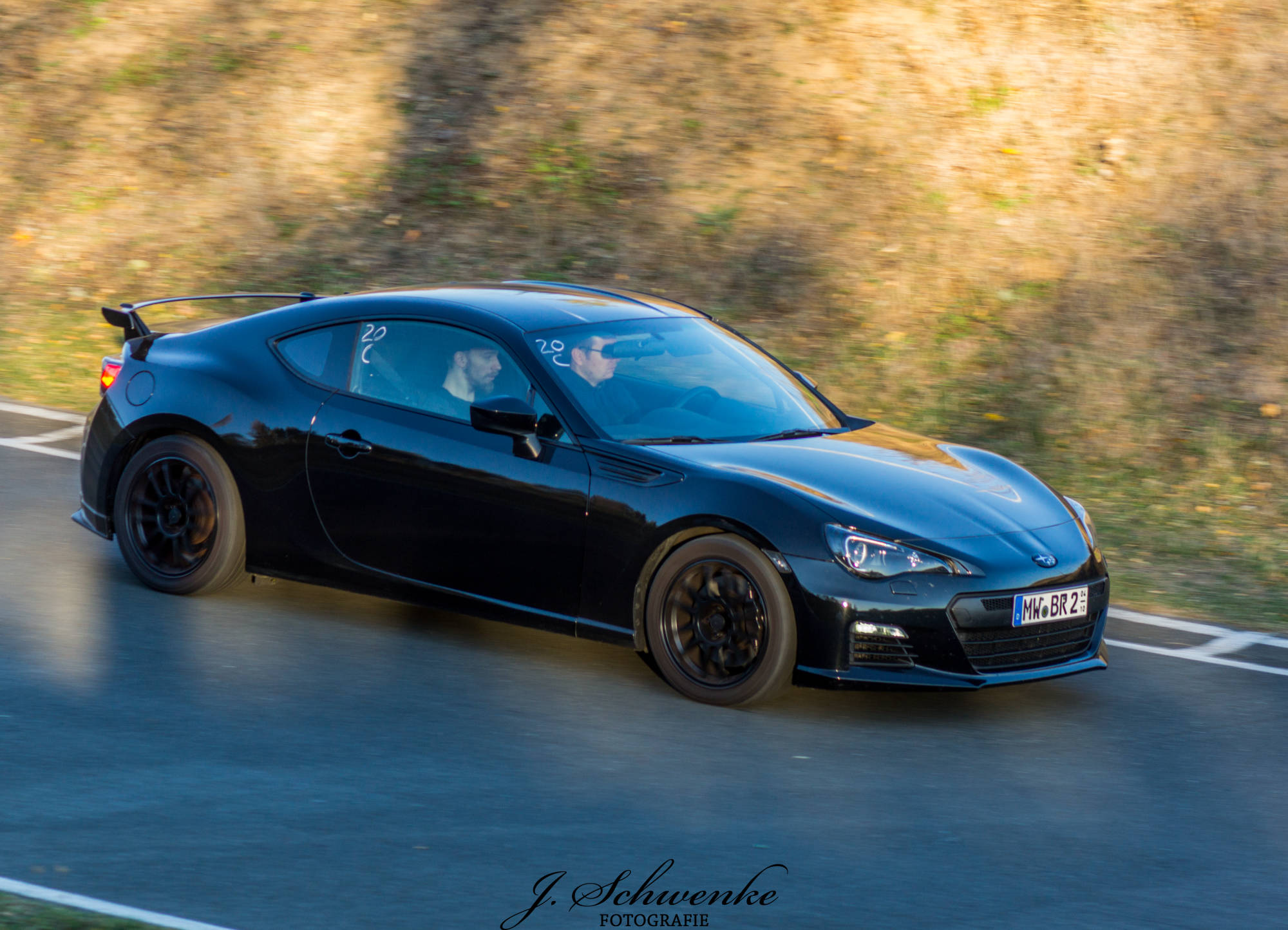 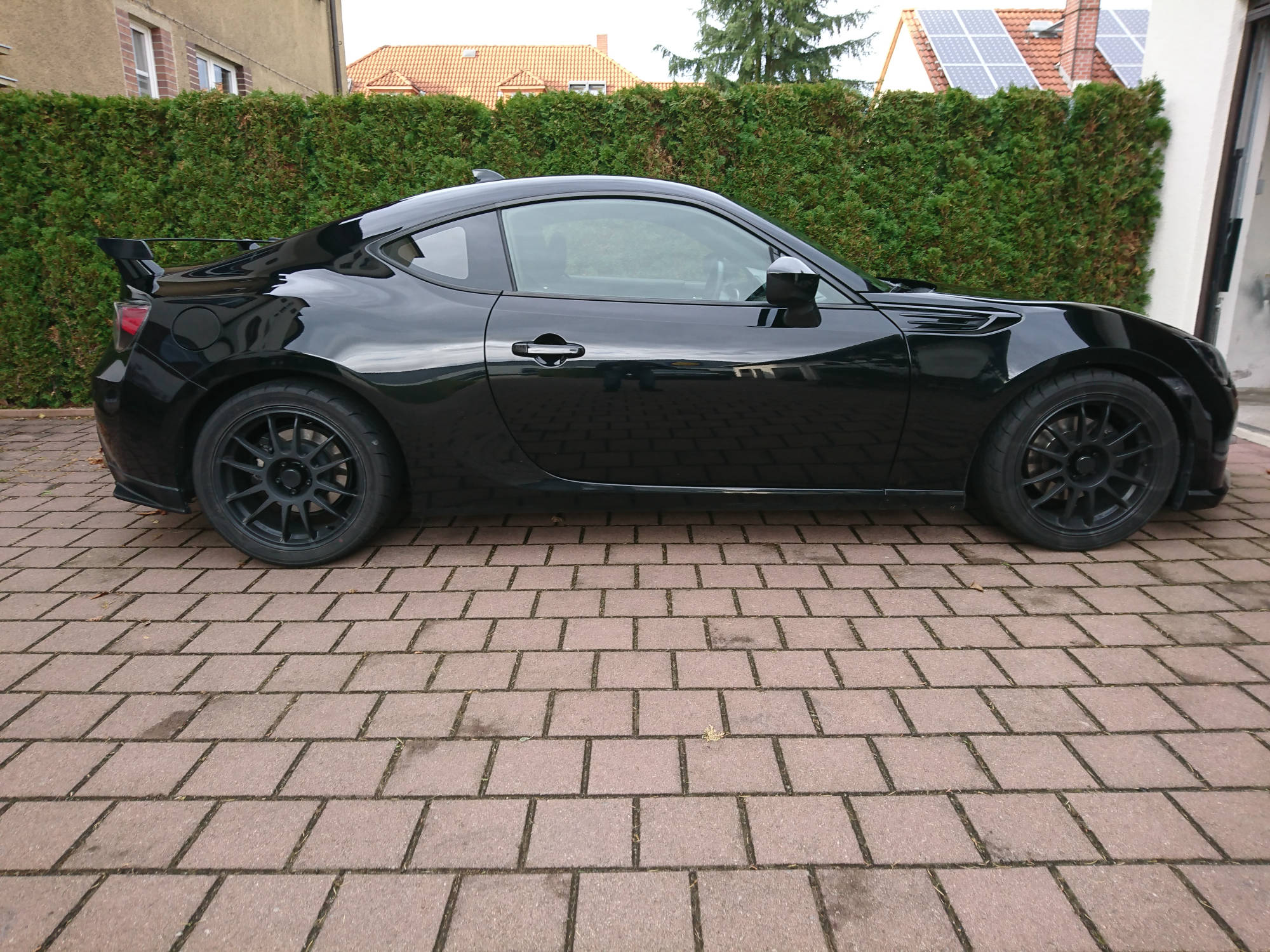